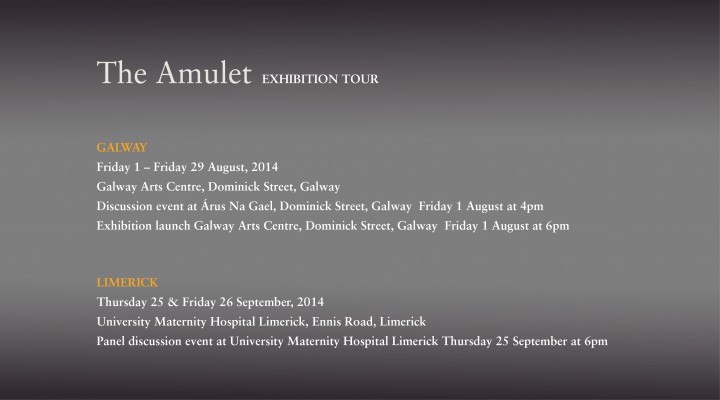 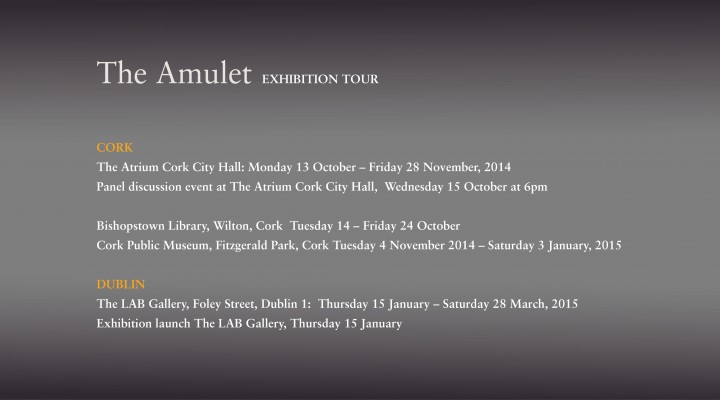 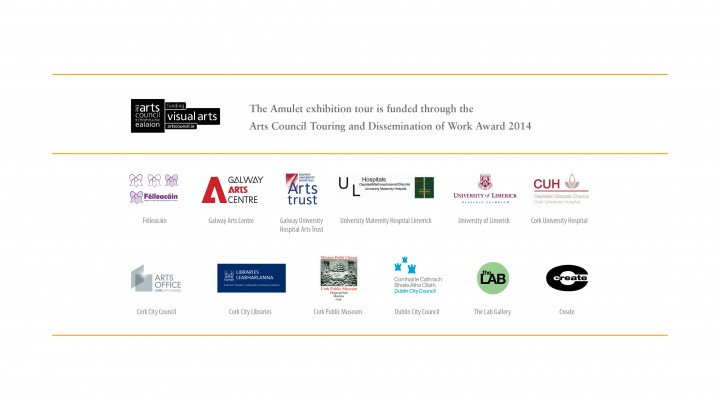 We all have amulets, those special objects often hidden away in drawers and cupboards which mark a significant time, occasion or person in our lives. Particular to infant loss, this poetic artwork titled ‘Anamnesis’ links photographs of family amulets together with bereaved parent’s whispered stories describing their amulet’s meaning.

‘Anamnesis’ is a Greek word meaning to recall to memory or memorial sacrifice. The artwork aims to draw the viewer into a special world of quiet reflection, shedding light on an often hidden aspect of Irish life.

The artist Marie Brett collaborated with bereaved parents to produce the artwork, as part of The Amulet Project 2009/13.

“This potent exhibition draws the viewer into a special world of quiet reflection. The artwork is compelling, visually beautiful and inventively takes you to a place of intrigue and surprise. Intimate and universally relatable, you’ll feel and think differently about loss after seeing this show.”
Bereaved parent who collaborated with the artist